Search all Pendry condos for sale in Park City, Utah below! Pendry is a new one-of-a-kind development coming to the base area of Canyons Village at Park City Resort. Offering a much-needed luxury offering to Canyons is this Montage branded hotel that is sure to fit the needs of many high-end buyers looking for a ski condo in Park City. Construction began in 2019 on the three-building this development will be created from the ground up to be completed during the Winter of 2021. Initial reservations will take up the prime location within the building so inquire with us to learn more about what units are available and request a current pricing list.

Pendry Park City will consist of 150 guest rooms & suites. "This location in Canyons Village will provide guests a contemporary retreat created with respect for alpine warmth and tradition—a place that we hope will redefine the future of mountain living and hospitality," says the creative director of Pendry Hotels.

What is real estate like in Pendry Park City?

Construction of Pendry Park City bega in 2019, and the projected completion for the project is December 2021. Buyers interested in homes for sale in Pendry will have the opportunity to purchase from 150 guest rooms and suites, as well as some ultra-luxurious residences. Pendry real estate for sale will feature contemporary designs with an exquisite palette of stone, metal and warm woods.

What are the amenities like in Pendry Park City?

Amenities offered in Pendry Park City are nothing short of spectacular. The impressive resort will feature the only rooftop pool and bar in Canyons Village, as well as four lounges, restaurants and bars. A Japanese-American restaurant will offer mountain fare, steaks and chops along with Japanese standards of sushi and ramen. Casual American fare will be offered in the resort’s recreation facility.

Relaxation and indulgence seekers alike will love the spa, complete with 8 treatment rooms and a full menu of treatments. There is also a state-of-the-art fitness center on-site for those who want to keep up their workouts while on vacation. Children can enjoy an arcade room found in the recreation facility as well as the Pinwheel Kids Club. Located in the resort one will find more than 7,000 square feet of indoor meeting space as well as a 4,000 square foot ballroom.

There are roughly 150 guest suites that were sold throughout the project. These units will come fully furnished including everything one would want or need.

What are the prices of properties in Pendry?

Real estate for sale at Pendry Park City begins in the high 300Ks and climbs well past 3 million. With a wide price range available, homes for sale in Pendry cater to a mixture of different budgets.

Pendry Residence is located in the heart of Canyons Village at the entrance of Park City Mountain. Homes for sale in Pendry will be ideally set near the area's best skiing and outdoor recreation opportunities. For those who travel to the area via plane, the Salt Lake City International Airport is roughly 35 miles from Pendry Park City.

Pendry Hotels is a luxury hospitality brand and a fast-growing brand of Montage International. Operating boutique hotels and residences, Pendry Hotels have properties in areas throughout the country such as San Diego, Baltimore. There are residences under construction in La Quinta, CA as well as Manhattan.

To learn more about agent representation while buying or selling Pendry residences, contact us. We'll get to work for you today!

Back to Canyons Village Real Estate 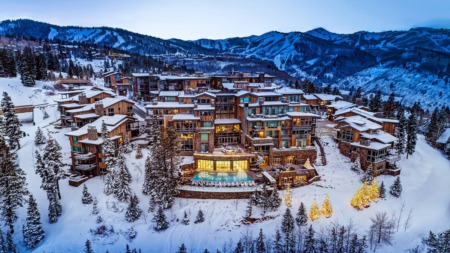 General Park City
The Ultimate Guide To The Best Resorts In Park City, Utah For 2022
BY Ben Fisher